MILWAUKEE, Wisconsin – The Milwaukee Police Department is asking for help in identifying and locating a suspect wanted in a homicide that occurred on Sunday, January 2, 2022, at approximately 10:12 p.m., on the 5100 block of W. Capitol Drive.

A 16-year-old Milwaukee Burger King worker is dead after the suspect in question shot her through the drive-thru window. The Milwaukee Journal Sentinel reported the victim to be Niesha Harris-Brazell, 16. She was taken to a hospital where she was pronounced dead.

The suspect is described as an African American male with a heavy build. He was last seen wearing a red hooded sweatshirt, tan pants and was armed with a handgun. 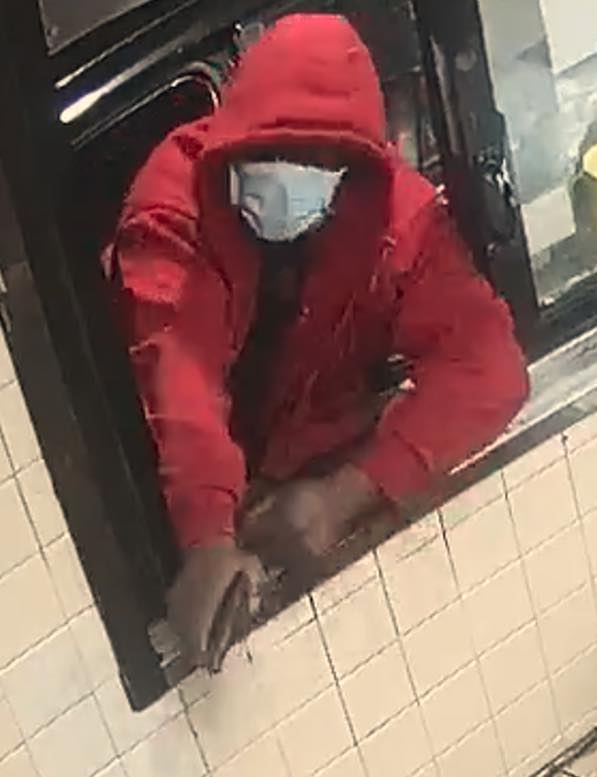 The suspect vehicle is described as black 4-door Chevy Impala with a sunroof and spoiler on the back.

Investigators believe the shooting was part of a robbery.

A married mother of four grown children, April McAbee is a moderator/writer/editor who also loves her country and is a Texan. She is an avid supporter of the US Constitution, emphasizing the 1st-5th amendments and finding the truth, and sharing it with the world, one article at a time. April also writes fiction when she is not busy with the news of the day. In her free time, you will find her with her feet in the sand enjoying the ocean waves and enjoying her role as GiGi.

Stephen Oatley
247
On Friday morning, Elon Musk told the world that the Twitter deal worth $40 billion is on hold while he verifies a report issued Mon...

Stephen Oatley
241
UPDATED 2115 EST: The suspect in the shooting, an Asian man in his 60s, is in custody and deputies recovered two handguns at the sce...

WATCH: WH Press Secretary REFUSES to answer whether the Biden Administration is weaponizing the DOJ to target political opponents

Stephen Oatley
98
In the past seven days, there have been 20 mass shootings leaving 24 people dead and another 88 wounded including victims as young a...

Stephen Oatley
23
On Tuesday the Columbus Police Department released the bodycam footage of a fatal police interaction earlier that day. Police were s...